Celebrating 10-Years in Business at Hand & Stone Aberdeen and Emerson

Back in 2010 whenbrothers Jeff and Ken Silbert signed their franchise agreements, they put their faith in Hand & Stone Massage and Facial Spa, a growing franchise concept with fewer than 50 locations in operation. In late 2011, they opened two Hand & Stone locations back-to-back in Aberdeen, N.J. (Monmouth County) and Emerson, N.J. (Bergen County), which both just celebrated their 10-year milestone anniversary.

Today, Hand & Stone is a 500-plus unit massage and facial spa franchise with locations in 35 states and in Canada. Over the last decade, Jeff and Ken saw success with the brand and continued to develop locations throughout northern New Jersey. They now own a total of 10 franchise locations. In addition to Aberdeen and Emerson, they own and operate spas in Allendale, Chatham, Clifton, Denville, Edgewater, Franklin Lakes, Livingston, and Pompton Lakes. 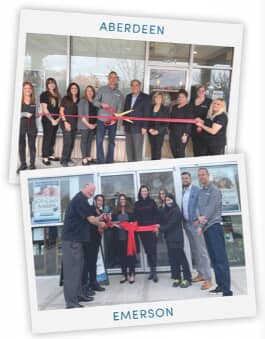 “It’s exciting to reach 10-years in operation, not only for us, but for our dedicated staff and members,” said multi-unit franchise owner Jeff Silbert. “Many of our staff and members have been with us for years and years and we are pleased to be able to share this milestone with them as well. It’s awesome to be a part of these wonderful communities!”

While the Hand & Stone Franchise is now a national brand, each location is individually owned and operated, providing a locally owned experience for the community and spa members.

Hand & Stone is a 500-plus unit massage and facial spa franchise with a mission to bring massage and facial services to the masses. Launched in 2004, Hand & Stone now has locations in 35 states and Canada. Over the past several years, the brand has garnered noteworthy industry recognition including being named No. 1 in the spa category by Entrepreneur Magazine, ranked No. 8 on Forbes' Best Franchises to Buy list in the high investment category and is the fastest-growing spa concept in the country. For more information on Hand & Stone, visit www.handandstonefranchise.com.